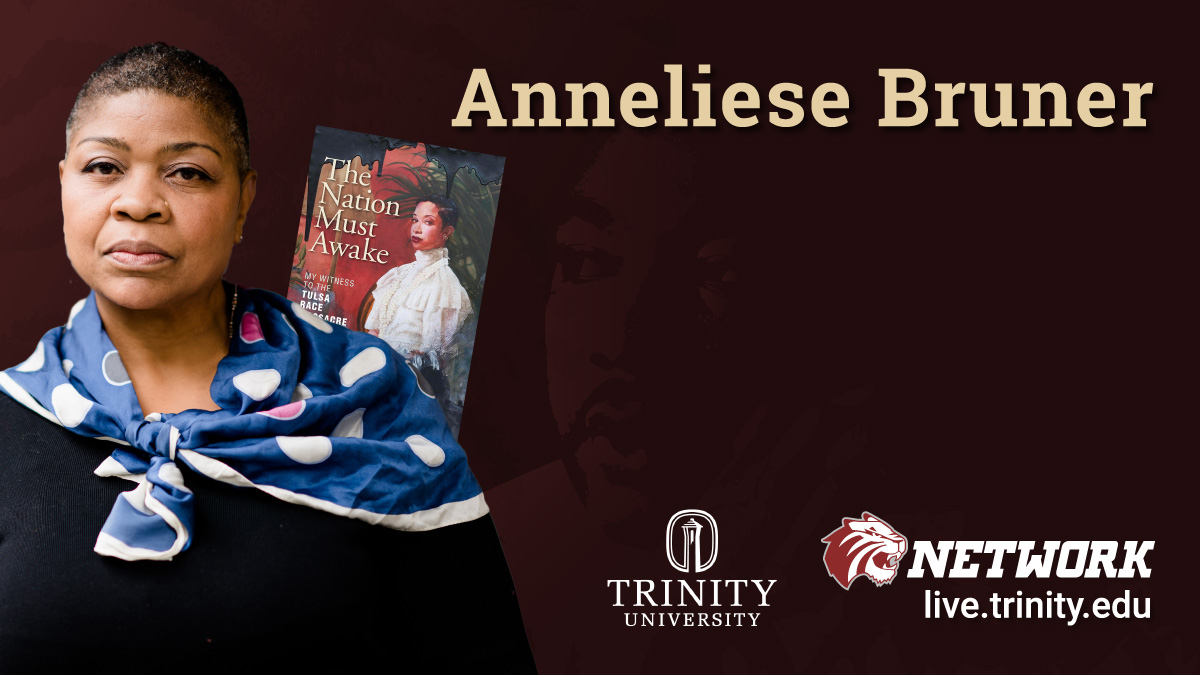 Anneliese M. Bruner is the great granddaughter of Tulsa race massacre survivor and author Mary E. Jones Parrish, whose contemporaneous eyewitness account, The Nation Must Awake: My Witness to the Tulsa Race Massacre of 1921, helped preserve the truth of what happened in Tulsa, Oklahoma, from May 31 to June 1, 1921. She is also a writer and editor who has worked in the business, media, and nonprofit sectors. Her work has appeared in Crisis Magazine, CNN.com, Honey Magazine, Savoy, USAID FrontLines, and The Lily (Washington Post). She attended Bryn Mawr College. She was born and raised in San Francisco, with stints in Oakland, and considers California her home. She has lived in Washington, D.C., for more than thirty-five years.Mary Elizabeth Jones Parrish (1892–1972), Bruner’s great grandmother, was born in 1892 in Yazoo City, Mississippi. She moved to Tulsa around 1919 and worked teaching typing and shorthand at a branch of the YMCA. A trained journalist, Parrish gathered eyewitness accounts from survivors of the 1921 Tulsa race massacre and chronicled her own experience fleeing the violence with her young daughter. Those accounts were published in her book Events of the Tulsa Disaster, which was privately printed in 1923. Trinity University Press published the book for a general audience for the first time as The Nation Must Awake: My Witness to the Tulsa Race Massacre of 1921 for the hundredth anniversary of the massacre.

For more information about the press or the book, please visit tupress.org.

Trinity University has honored the memory of Martin Luther King Jr. for decades and launched the speaker series in 1994. Each year more than three hundred students, staff, and faculty join in San Antonio’s annual MLK Jr. March through the city’s East Side. Additional activities to honor the late Martin Luther King Jr. can be found in the City of San Antonio’s Martin Luther King Jr. Commission’s webpage.The lecture will be streamed live on the Tiger Network. For more information about this event, visit Trinity’s events page or contact Courtney Balderas, Trinity’s director for student diversity and inclusion, at cbaldera@trinity.edu.