Clowns and Rats Scare Me

One columnist’s views on subjects from child abuse to clownophobia

San Antonians love Cary Clack for the sparkle of wit and wisdom he brings to them in his column in the San Antonio Express-News. But his style and sensibility make his work equally popular far beyond that city. He offers pithy, probing coverage of national issues such as terrorism, racism, ...

San Antonians love Cary Clack for the sparkle of wit and wisdom he brings to them in his column in the San Antonio Express-News. But his style and sensibility make his work equally popular far beyond that city. He offers pithy, probing coverage of national issues such as terrorism, racism, and child abuse, but his keen sense of humor often turns to the stuff of everyday life such as the inexplicable power of Krispy Kreme doughnuts and his terror of clowns. The columns collected here sample the best of 13 years' worth of Clack's amusing and thoughtful commentaries, and begin with an enlightening foreword by noted poet Naomi Shihab Nye.

Cary Clack writes on local and national news, events and social issues. Born in San Antonio, he is a graduate of St. Gerard High School and St. Mary’s University. In summer 1984, he was a scholar-intern at the Martin Luther King Jr. Center for Nonviolent Social Change in Atlanta, and he wrote CNN commentaries for Coretta Scott King. From 1989 to 1995, he was a trainer in nonviolence at King Center workshops for high school and college students. He wrote columns for the San Antonio Snap and the San Antonio Informer and in 1994 began writing a biweekly column for the San Antonio Express-News, becoming a full-time staffer one year later as a general assignment reporter and weekly columnist. In 1998 Clack joined the Express-News editorial board and in 2000 became a metro columnist. He has won the Dallas Press Club’s Katie Award for Best General Column and in 2008 won the Friends of the San Antonio Public Library’s Arts and Letters Award.

Naomi Shihab Nye was born to a Palestinian father and an American mother and lived in Palestine, Jerusalem, and San Antonio, Texas, where she studied at Trinity University. She is the author of numerous poetry books, including You and Yours, 19 Varieties of Gazelle: Poems of the Middle East, Fuel, and Red Suitcase. Her honors include awards from the Texas Institute of Letters and the International Poetry Forum, the Carity Randall Prize, the Academy of American Poets’ Lavan Award, and four Pushcart Prizes. She has been a Lannan fellow, a Guggenheim fellow, and a Witter Bynner fellow, and she was elected a chancellor of the Academy of American Poets in 2010. She has traveled to the Middle East and Asia for the U.S. Information Agency three times, promoting international goodwill through the arts. She lives in San Antonio.

“Cary’s witty, often poignant columns cut to the heart of social and political matters, offering the homespun wisdom he earned growing up on the East Side, studying life lessons and advocating for justice.” — San Antonio Magazine

“Whether it’s reliving the dreams of Martin Luther King Jr. or interpreting the Audacity of Hope to a city that’s witnessing history in the making, Cary has a unique sense of his surroundings. With roots grounded in his beloved city of San Antonio, he brings words to life. No matter the topic, he faces the task undauntedly and welcomes each and every column. Enjoy the literary skills of San Antonio’s own Cary Clack!” — Bruce Bowen, former San Antonio Spur 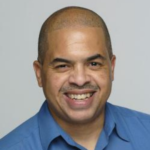