Putting on the Dog

The Animal Origins of What We Wear

Explores the age-old relationship between humans and animals, providing fascinating details about the historic and current use of animals as clothing

In Putting on the Dog, Melissa Kwasny explores the age-old relationship between humans and the animals that have provided us with our clothing: leather, wool, silk, feathers, pearls, and fur. From silkworms grown on plantations in Japan and mink farms off Denmark’s western coast to pearl beds in the Sea ...

In Putting on the Dog, Melissa Kwasny explores the age-old relationship between humans and the animals that have provided us with our clothing: leather, wool, silk, feathers, pearls, and fur. From silkworms grown on plantations in Japan and mink farms off Denmark’s western coast to pearl beds in the Sea of Cortés, Kwasny offers firsthand accounts of traditions and manufacturing methods—aboriginal to modern—and descriptions of the marvel and miracle of the clothing itself. What emerges is a fresh look at the cultural history of fashion.

Kwasny travels the globe to visit both large-scale industrial manufacturers and community-based, often subsistence production by people who have spent their lives working with animals—farmers, ranchers, tanners, weavers, shepherds, and artisans. She examines historical rates of consumption and efforts to move toward sustainability, all while considering animal welfare, worker safety, environmental health, product accountability, and respect for indigenous knowledge and practice.

At its heart, Putting on the Dog demonstrates how what we choose to wear represents one of our most profound engagements with the natural world.

Melissa Kwasny is the author of six collections of poems, including Pictograph, Reading Novalis in Montana, and The Nine Senses, which contains a series of poems that won the Poetry Society of America's 2008 Cecil Hemly Award. A portion of Pictograph received the Alice Fay Di Castagnola Award, judged by Ed Roberson. Kwasny is also the author of Earth Recitals: Essays on Image and Vision and has edited multiple anthologies, including Toward the Open Field: Poets on the Art of Poetry, 1800–1950 and, with M. L. Smoker, I Go to the Ruined Place: Contemporary Poems in Defense of Global Human Rights. Kwasny's work has appeared in Ploughshares, the Boston Review, and The Arcadia Project: North American Postmodern Pastoral. She lives in the Elkhorn Mountains outside of Jefferson City, Montana.

"What’s most interesting about Kwasny’s all-around illuminating book is that it offers no easy answers and shows just how widely views range on the ideal relationship that humans ought to have with animals." — Quartzy

“Open-minded, complex, lyrical and unpretentious. Anyone interested in the production side of fashion—or any curious owner of a wool sweater or silk scarf—will find their interest rewarded.” — Publishers Weekly

"A first-rate, engaging exploration of the natural and environmental origins of clothing, interwoven with delightful narratives of Kwasny’s investigative travels." — Dale Peterson, author of Jane Goodall: The Woman Who Redefined Man

“This masterfully written book asks us to trace our clothing back to its source, beyond the store, beyond the factory, and look the originating animal in the eye. It is full of musk ox, mink, quetzal, oysters, and questions with no easy answers. Kwasny has given us the Omnivore’s Dilemma of fashion.”— Kim Todd author of Chrysalis, Maria Sibylla Merian and the Secrets of Metamorphosis 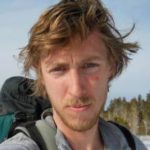