On September 9, 1921, a tropical depression stalled just north of San Antonio and within hours overwhelmed its winding network of creeks and rivers. Floodwaters ripped through the city’s Latino West Side neighborhoods, killing more than eighty people. Meanwhile a wall of water crashed into the central business district on ...

On September 9, 1921, a tropical depression stalled just north of San Antonio and within hours overwhelmed its winding network of creeks and rivers. Floodwaters ripped through the city’s Latino West Side neighborhoods, killing more than eighty people. Meanwhile a wall of water crashed into the central business district on the city’s North Side, wreaking considerable damage.

The city’s response to this disaster shaped its environmental policies for the next fifty years, carving new channels of power. Decisions about which communities would be rehabilitated and how thoroughly were made in the political arena, where the Anglo elite largely ignored the interlocking problems on the impoverished West Side that flowed from poor drainage, bad housing, and inadequate sanitation.

Instead the elite pushed for the $1.6 million construction of the Olmos Dam, whose creation depended on a skewed distribution of public benefits in one of America’s poorest big cities. The discriminatory consequences, channeled along ethnic and class lines, continually resurfaced until the mid-1970s, when Communities Organized for Public Services, a West Side grassroots organization, launched a successful protest that brought much-needed flood control to often inundated neighborhoods. This upheaval, along with COPS’s emergence as a power broker, disrupted Anglo domination of the political landscape to more accurately reflect the city’s diverse population.

West Side Rising is the first book focused squarely on San Antonio’s enduring relationship to floods, which have had severe consequences for its communities of color in particular. Examining environmental, social, and political histories, Char Miller demonstrates that disasters can expose systems of racism, injustice, and erasure and, over time, can impel activists to dismantle these inequities. He draws clear lines between the environmental injustices embedded in San Antonio’s long history and the emergence of grassroots organizations that combated the devastating impact floods could have on the West Side.

Char Miller, formerly a professor of history at Trinity University, is the W. M. Keck Professor of Environmental Analysis at Pomona College. He is the author of the award-winning Gifford Pinchot and the Making of Modern Environmentalism, Deep in the Heart of San Antonio: Land and Life in South Texas, and Public Lands/Public Debates: A Century of Controversy, as well as the editor of On the Border: An Environmental History of San Antonio and Fifty Years of the Texas Observer. His most recent books for Trinity University Press are Not So Golden State: Sustainability vs. the California Dream and On the Edge: Water, Immigration, and Politics in the Southwest. Miller is a frequent contributor to print, electronic, and social media.

Julián Castro, a lawyer and politician from San Antonio, Texas, launched his public service career in 2001, becoming the youngest councilman in the city's history. He served as mayor from 2009 to 2014, and as US secretary of housing and urban development from 2014 to 2017. He is the author of An Unlikely Journey: Waking Up from My American Dream.


"Entire families, wiped out in the floodwaters, cry out from the pages of West Side Rising." — Huffington Post

"Miller chronicles how both before and after the storm, city leaders made a series of decisions that created the disparity in damage and death. The book shines when Miller expertly explains how the “natural” disasters that afflict Texas and other states aren’t really all that natural." — Texas Observer

"Miller presents the case in such an irrefutable way that it is shocking. Even for those of us who feel that we have known the general sequence of events, the evidence is deeply painful because Miller lays it out with such clarity and power."— San Antonio Report

"Historian Char Miller writes that the flood exposed longstanding neglect of the city’s West Side but also laid the groundwork for a grassroots movement that eventually created major changes in the way the city operates." — San Antonio Express-News

"Book tracks both the racist policies that affected recovery and how the city’s West Side showed its resilience." — Texas Public Radio

"Not simply a story of raging floodwaters, West Side Rising tangles with environmental racism and makes time to fix names to the often marginalized and nameless victims of these overflows...a powerful story, a meaningful story." - Kenna Archer, author of Unruly Waters: A Social and Environmental History of the Brazos River,

"A good read is ahead, one that will make all manner of otherwise deadly material not just palatable but both enlightening and entertaining."Lewis Fisher, author of Maverick and Greetings From San Antonio

"Extreme weather, much of it exacerbated or even brought on by climate change, is the catalyst for many of the crucial issues Texas faces right now: hurricanes in Houston, drought in El Paso, the vanishing Edwards Aquifer, invasive species mucking up our waterways, and the current ERCOT advisories regarding energy curtailment. Many Texans look at these challenges and throw up their hands in despair. But Miller’s book offers an inspiring account of what can be achieved, at the local level at least, by motivated people with right on their side. — Texas Monthly

“Char Miller knows San Antonio—its people, its politics, its long and colorful history. In West Side Rising, he trains his deep knowledge on a devastating downpour whose scouring floodwaters revealed—for those willing to look—decades of racism, environmental injustice, and policy-driven poverty. Thoroughly researched and gracefully written, West Side Rising is a close and intimate look at the Alamo City, to be sure, but it’s also an American story. It’s a cautionary tale, as climate crisis looms over us all.” — Joe Holley, author of Hurricane Season: The Unforgettable Story of the 2017 Houston Astros and the Resilience of a City 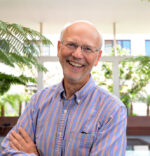